On Wednesday, April 7, 2021, people from around the world, thanks to Zoom, joined together to commemorate Yom HaShoah. The event was hosted by SHEM (Student Holocaust Education Movement), with the assistance of the Office of Student Life.

The commemoration consisted of remarks by SHEM board members Isaac Goor, Olivia Schwartz, Sarah Berman and Tania Bohbot as they guided the participants through the evening’s program: 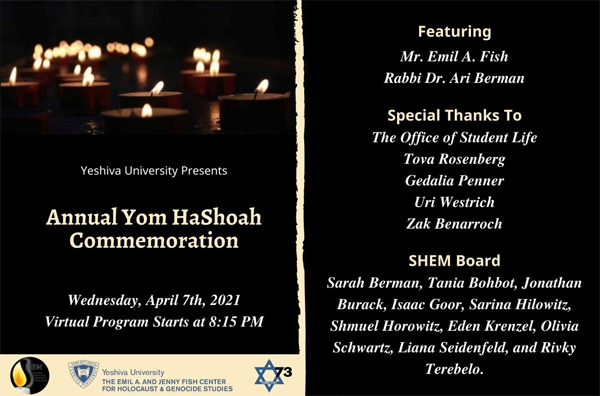