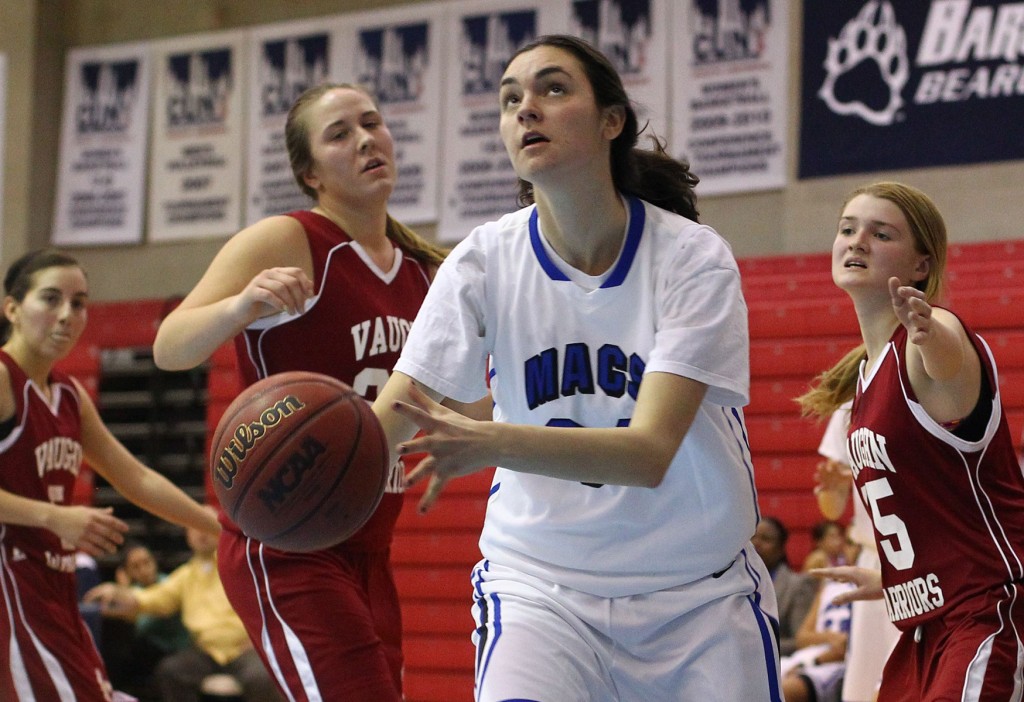 Yoshor is the first female student-athlete in YU history to garner Capital One Academic All-America honors, and just the second student-athlete overall. Former Maccabees men’s basketball player, Eric Davis was cited on the third team in 1991.

“This is an amazing honor,” said Yoshor upon hearing the news. “My parents and coaches, both in high school and college, have been very encouraging and supportive, to say the least.”

“Seeing Rebecca recognized by Capital One is wonderful,” said YU first-year head coach, Nesta Felix. “She is consistently one of the last players to leave practice and is very tough on herself. Knowing that, it is fantastic to see that her labors have not been in vain.”

“This is one of the greatest honors in college sports,” said Joe Bednarsh, YU’s director of athletics. “Blending athletics and academics is the cornerstone of the NCAA Division III philosophy and what we strive to achieve here at Yeshiva University. Rebecca is an exceptional person, student, athlete and an excellent role model for young women. I could not be prouder of her and what she has achieved so early in her college career.”

Like all Yeshiva University undergraduates, Yoshor endures a challenging dual curriculum, taking Jewish studies courses in the morning before studying for her secular degree in the afternoon. Through it all thus far in her time at the University, she owns a 3.97 grade point average (4.0 scale) as an English literature major, with a minor in psychology.

On the court, Yoshor has spent two seasons in a Maccabees uniform and her accomplishments have been astounding. She was recently named to the Hudson Valley Women’s Athletic Conference (HVWAC) All-Conference Team for the second time, and received the conference’s Player of the Week honor on four occasions this season. Yoshor has registered 31 double-doubles in her 36 career games at YU, including 16 in 18 outings thus far in 2012-13. This season, she has averaged 16.6 points and 14.8 rebounds per outing, with the latter mark ranking third overall in Division III. Thus far she has matched her 2011-12 total (a season in which her 14.6 rebounds per contest ranked second nationally) with 41 blocked shots (2.28/gm) and her .442 field-goal percentage (125-for-283) tops Yeshiva.

Read more about Yoshor in the NY Daily News and Jewish Week.

Keep up with the latest athletics news, scores and schedule at www.yumacs.com.