The Yeshiva University men’s basketball team will open the season with two games in California. The season will tip-off on Nov. 9 with a non-conference showdown against Occidental College, in Los Angeles, beginning at 11:30 p.m. eastern time.  The next day, Nov. 10, the Maccabees will be back in action for a matchup against Caltech in Pasadena at 5 p.m. eastern time. It will be the Maccabees’ first time visiting the west coast in about 20 years and gives Maccabee teammates Ryan Turell and Simcha Halpert a chance to play in their hometown of Los Angeles.

“I think it’s a fantastic opportunity for our program and players to experience playing in different environments,” head coach Elliot Steinmetz said. “To get to bring some of our players to their home city for a game so their families, friends and old schools can share this experience is just that much better.”

“This trip is a great opportunity for the greater Jewish community to rally around the Maccabees and support the only basketball team in the country to hold itself to such high Jewish standards,” said Joe Bednarsh, director of YU athletics.

There is a special Saturday night pre-game Meet-and-Greet with Elliot Steinmetz from 7:30–8:15 p.m. There will be YU Macs tee-shirts for the first 100 fans, plus complimentary snacks and a special drawing for a Maccabees gear pack! For more information, email Barry Neuberger.

Yeshiva had a successful 2018-19 campaign, advancing all the way to the Skyline Conference championship game for the second year in a row. YU won a program all-time best 19 games during the season and accumulated a school-record 17-game winning streak. 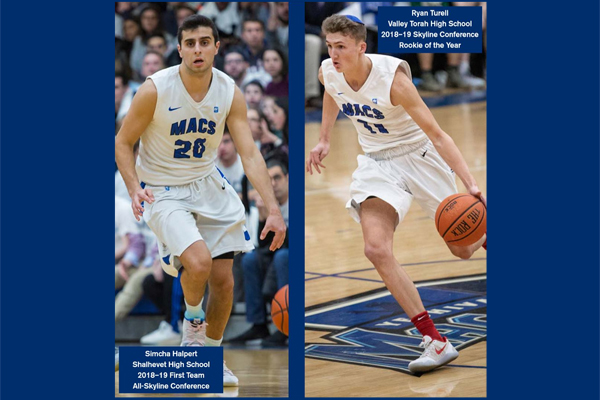