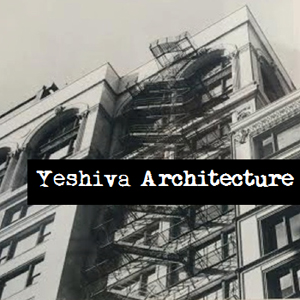 One of the lesser-known gems of Yeshiva University’s arts curriculum is its program in architecture, overseen by Dr. Daniel Beliavsky, chair of the department of fine arts and music, and Paul Glassman, director of YU libraries as well as adjunct instructor in architectural history and design and adviser to the architecture minor.

It has generated a steady and talented number of alumni since offering its first course at Yeshiva College in 1994 (appropriately named American Architecture), when Joanne Jacobson, associate dean, suggested that the course count toward the American Studies minor. The initial cohort of ten students engaged in a comparative analysis of building styles across time periods supplemented by visits to New York City landmarks, such as Grand Central Terminal and the Solomon R. Guggenheim Museum.

Over the next decade and a half, Glassman, who has MBA and MArch degrees along with teaching experience at Pratt Institute, Chicago Architecture Foundation, and the School of the Art Institute of Chicago, built out the architecture curriculum: Evolution of the Skyscraper; The Language of Architecture (a survey course from ancient Egypt to postmodern Paris); Architecture of Synagogues; and in Fall 2003, the first architecture studio, Architectural Design Process (ADP).

ADP has prompted some creative and insightful architectural invention, based on the interests of its students: a small synagogue for a hypothetical on-campus site, a prototypical shelter based on an assigned historical style for the local and intercampus shuttles, a branch library for one of the graduate schools and a hypothetical campus master plan, all using SketchUp and other computer-aided design tools.

In Fall 2008, Yeshiva College established architecture as a minor, with a suite of six courses where students increase their consciousness of the built environment, master architectural visual and verbal language, achieve proficiency in freehand and mechanical drawing, develop their computer-aided design skills and employ design thinking as a method for solving problems.

More recently, architectural history has entered the Yeshiva College Core, with The Modernist Impulse in Art, Architecture & Design (an interdisciplinary exploration of design arts and their media) and Cultures of Modern Architecture (a global survey of regional interpretations of modernism).

Students can also apply for independent study in architectural topics of personal interest. Past projects have included a paradigm for a beit midrash, the experience and design of public spaces in urban settings, and the effect of the 1916 zoning regulations in New York City on the formation of the 20th-century skyscraper.

Dozens of Yeshiva College and Sy Syms School of Business students have either elected the architecture minor or pursued careers in architecture and related fields, such as urban design and planning, real estate development, computer-aided rendering, software engineering and construction management.

“By introducing students to the creative and technical aspects of design,” said Glassman, “architecture at Yeshiva College offers students a new way of thinking—by cultivating visual literacy, greater awareness of the built environment and problem-solving skills that are transferable to emerging work opportunities.”