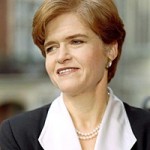 At a special luncheon on Tuesday, December 13, Revel students and faculty met with Deborah Lipstadt, Dorot Professor of Modern Jewish History and Holocaust Studies in the Department of Religion at Emory University. Her most recent book, The Eichmann Trial, was published by Schocken Press in March 2011. She was introduced at Revel by her colleague and friend, Jeffrey Gurock, Libby M. Klaperman Professor of   Jewish History at Yeshiva University, who praised Lipstadt for her profound Holocaust scholarship and her courage in facing Holocaust 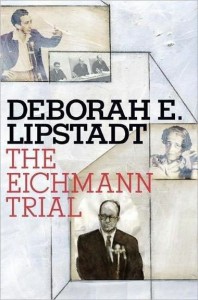 revisionist “historian” David Irving, who filed a libel suit against her in London, England in 2000. Irving alleged that Lipstadt had defamed his reputation as a historian in her 1993 study of holocaust denial entitled Denying the Holocaust: The Growing Assault on Truth and Memory (New York: Free Press, 1993).

Under British law, it was Lipstadt’s obligation to mount an affirmative defense by demonstrating that her claims were true. At the Revel luncheon, she described the substantial personal and professional challenges she faced in this case, about which the English Jewish community was understandably concerned. In the end, Lipstadt was successful, making her an instant celebrity in England. She not only defeated Irving, but Judge Charles Gray stated in his findings that “Irving is an anti-semite and a racist,” and one 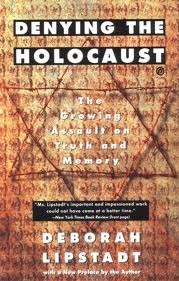 can therefore safely say so without it being libelous.

This meeting brought home to our students and faculty the continuing relevance of academic Jewish scholarship—and the importance of historical accuracy, both for the Jewish community and modern society at large.

Further information on Lipstadt’s legal battle and its implications is available online at http://www.hdot.org/trial