Rabbi Dr. Haskel Lookstein is unquestionably one of the leading rabbinic personalities on the modern American Orthodox scene. For over thirty years now, he has served with distinction in two important roles. He is the spiritual leader of Congregation Kehilath Jeshurun (KJ) on the Upper East Side of Manhattan, a position held from 1936 to 1979by his late father, Rabbi Joseph H. Lookstein, who was one of the key rabbinic leadersof the twentieth century. This important synagogue has over a thousand members—including leading figures in politics, business, law, medicine and other professions. He is also the principal of Yeshivat Ramaz, a highly acclaimed nursery through twelfth grade Jewish day school. Founded by his father in 1937, Ramaz has grown substantially under Rabbi Haskel’s leadership—offering a model of excellence in both Jewish and secular learning. In both of these capacities, Rabbi Lookstein has sought and achieved other critical leadership roles in the Jewish community. Beginning in the 1960’s hetookon the cause of Soviet Jewry, even traveling to Russia and rallying on their behalf. Time and again, he demonstrated that his passion for humanity extends beyond the scope of the Jewish community. During the turbulent 1960’s (when he was Assistant Rabbi of KJ), he championed civil rights, and in the 1970’s he labeled as “ethically non-kosher” produce from farms that mistreat their workers. Rabbi Lookstein has also served in leadership roles in rabbinic organizations such as the RCA and the New York Board of Rabbis. 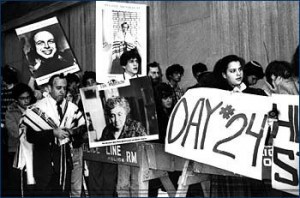 Notwithstanding his varied activities and substantial accomplishments, KJ and Ramaz—which together embody the causes of Jewish living and learning—have always remained paramount in Rabbi Lookstein’s professional life. Rabbi Lookstein sees himself first and foremost as a Jewish educator, and in this sphere he credits much of his success to the training he received at Yeshiva University in general and at the Bernard Revel Graduate School in particular.While studying for semikha (rabbinic ordination) at RIETS under Rabbi Joseph B. Soloveitchik in the 1950’s, Rabbi Lookstein also pursued an MA at Revel in order to gain a broader perspective on Jewish scholarship. For example, he recalls, “Professor Irving Agus (who taught at Revel from 1944 to1977)opened my eyes to rabbinic responsa as a source of Jewish history. He was the medieval Jewish historian of the day.” In Rabbi Lookstein’s view, a true understanding of Judaism requiresa deep knowledge of the broad spectrum of Jewish learning represented at Revel, including Bible, Jewish history andJewish philosophy, in addition to Talmud, which is taught at Revel and serves as the core focus at RIETS. And it is this diverse curriculum that has been instituted at Ramaz and in the multi-level adult education programs at KJ. 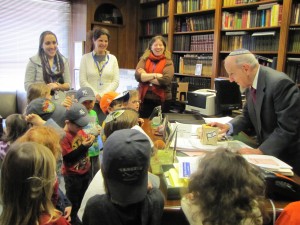 when he chose to pursue a doctorate at Revel in modern Jewish history, on the topic of American Jewish responses to the Holocaust. As he came to realize through his research, American Jewry generally failed to react publicly, even as their brethren were being murdered in Europe. While there were reasons for this silence—primarily fear of being regarded as outsiders in America themselves—Rabbi Lookstein’s findings at times led to uncomfortable conclusions about the great American Jewish leaders of his father’s generation, who were his own mentors. In any case, Rabbi Haskel Lookstein made it a point not to be silent when it came to the distress of Jews elsewhere in the world, such as those in the Soviet Union.

The path to completion of Rabbi Lookstein’s doctorate at Revel was fraught with challenges during the busy years in which he was establishing his career as a Rabbi and educator. Yet he remained committed to his doctoral research and now 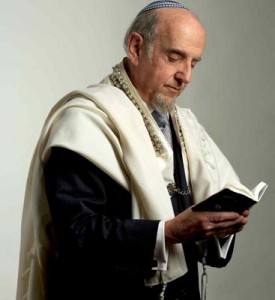 treasures the exposure it gave him to great figures in the fields of Holocaust studies and American Jewish history. These included Prof. Isaac Lewin (who taught at Revel from 1944 to 1985), an architect of the Declaration on the Elimination of All Forms of Intolerance and Discrimination Based on Religion, which was adopted by the United Nations General Assembly in 1981, and for which he was awarded the United Nation’s Medal of Peace.“He was a heroic figure in the Holocaust,” Rabbi Lookstein recalls. (Professor Lewin was born in Wieliczka, near Cracow, was ordained as a rabbi in Poland in 1935 and received a law degree two years later. He served two terms on the City Council of Lodz, Poland’s second-largest city.) “At a time when no one was sounding the alarm for the plight of European Jewry, Dr. Lewin was actually trying to do something about it.”

Professor Haym Soloveitchik, Dean of Revel from 1975 to 1980, is credited by Rabbi Lookstein for the completion of his doctorate. At the finishing stages of his research, Soloveitchik encouraged Rabbi Lookstein to discuss his thesis with Prof. Henry L. Feingold (then at the CUNY Graduate Center), one ofmost distinguished world experts on twentieth-century American Jewry, and particularly its reaction to the Holocaust. Dean Soloveitchik also had a more overtly administrative part in Rabbi Lookstein’s doctoral program:“It was the strict deadline he imposed in fall 1977 that forced me to finish it,” Rabbi Lookstein explained. “He put the fear of God into me!” Adhering to Soloveitchik’s deadline, Rabbi Lookstein completed his dissertation in December 1978, and received his PhD at the 1979 Revel graduation. Rabbi Lookstein describes nostalgically, with tears in his eyes, how proud his father was of this accomplishment. Rabbi Joseph Lookstein had been pursuing his own PhD in sociology from Columbia University when WWII broke out, and he be

came too busy to complete his dissertation. He therefore constantly urged his son to complete his dissertation.“At my graduation, my father and I marched together. My father was in all of his glory—his son had achieved what he had not achieved and he was so happy.” The timing proved auspicious: two monthslater, in July 1979, Rabbi Joseph Looksteinpassed away. Now solely responsible for KJ and Ramaz, Rabbi Lookstein found himself challenged him with a myriad of new professional obligations. Had Soloveitchik not been so strict about the deadline, “I never would have finished it,”Rabbi Lookstein explains. But he did finish the doctorate, and subsequently published the revised version as a book entitled Were We Our Brothers’ Keepers?: The Public Response of American Jews to the Holocaust, 1938-1944 (Bridgeport: Hartmore House, 1985).

Based on his own experiences, Rabbi Lookstein has the following advice to current Revel students: “Don’t procrastinate! Get your work done on time. It’s worth the effort!” These words come from an individual who cares deeply about Revel—and has become an instrumental supporter of the school. A member of Revel’s inaugural Board of Trustees since 1992, Rabbi Lookstein takes pride in the school as a critical resource of Jewish scholarship for the larger Modern Orthodox community.

This article was written by Elianna Mitnick (Revel 2014)