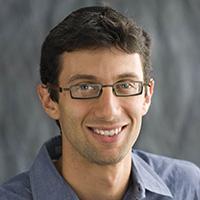 Dr. Aaron Koller earned his PhD in Bible from Revel in 2009 and is currently Assistant Professor of Bible at Yeshiva College and an associate faculty member at Revel. He is known among his students for his engaging personality and compelling teaching style. Dr. Koller would be happy to hear this, as he believes that a teacher’s value lies specifically in how he can bring scholarship to life. Indeed, he credits his own entrance into the field of Bible to the engaging teachers he experienced from his days as an undergraduate at Yeshiva College. He cites in particular Professor Hillel Novetsky (Revel MA in Bible 1992), whose classes he took over four sequential semesters, and which motivated him to focus on biblical studies. While still an undergrad, Dr. Koller took Prof. Barry Eichler’s Revel course on Parashat Mishpatim, and recalls “being blown away” by how much is known about the ancient legal context of the biblical civil laws in that Parasha.

After graduating from YC, Dr. Koller entered the doctoral program in Bible at the University of Pennsylvania. Despite all that Penn had to offer, he soon began to realize that for his research interests the Revel program was better suited. Therefore, after a year at Penn, he returned to YU, where he ultimately completely his PhD. Dr. Koller specifically sought to study the philological aspects of biblical and rabbinic literature in comparison with other ancient Semitic languages, areas for which there are no scholars in the US more expert than Revel Professors Barry Eichler and Richard Steiner. In the course of his research at Revel, Dr. Koller avidly studied an array of ancient languages. In addition to Aramaic and Arabic, the sister languages of biblical Hebrew, he acquired a proficiency in Akkadian, Ugaritic, Moabite, Phoenician, and Egyptian (hieroglyphs). At Revel, Dr. Koller explains, Professor Steiner encourages his students to choose an area of specialization and focus on it, in order to themselves become world experts in their sub-field. Following that advice, Dr. Koller established himself as the world expert on the language related to cutting tools in the Bible, writing his 2009 dissertation on the philological and archaeological study of the ancient Hebrew semantic field related to knives, swords, axes, plows, etc. This study was regarded as a key contribution in the field was recently published (in augmented form) as a book: The Semantic Field of Cutting Tools in Biblical Hebrew: The Interface of Philological, Semantic, and Archaeological Evidence, Volume 49 of The Catholic Biblical Quarterly Monograph Series.

Dr. Koller treats language as a tool for uncovering ancient history. To this end, he approaches the Bible diachronically, viewing it as “a window into all sorts of different things, such as social history, intellectual history, and the transmission if ideas, in addition to being a window into people’s real lives.” Tanakh is by far the most significant text extant from ancient Israel, and comprises what Dr. Koller calls “our data set,” that also enables us to “get behind the text.” As he explains,

when it comes to biblical history, pretty much everything we know is [from] archeology or from texts. When history is mediated through text, the better you understand the nuances of the language, the more completely you can mine the text for insights into the historical circumstances behind it.

While studying for his PhD at Revel, Dr. Koller began teaching at Yeshiva College, where he has proven quite popular. 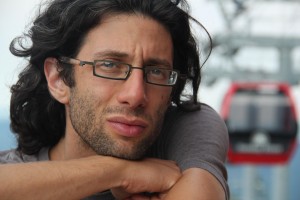 Upon completion of his PhD, he began teaching courses at Revel periodically as an associate faculty member. He has already made his mark in both schools. This year he is teaching the crucial two-semester graduate Introduction to Biblical Hebrew, which is required for all Revel Bible graduate students. Dr. Koller has also spent time teaching at other institutions, including Queens College and Drisha Institute for Jewish Learning, where he is currently teaching a class entitled “Inscriptions from the World of the Bible.” Teaching at Revel holds a special place in Dr. Koller’s heart. Apart from the natural satisfaction one gets from teaching in a program that one found enriching as a student, he enjoys the fact that Revel students are diverse, with men and women from a variegated spectrum of backgrounds and ages, who bring richly different perspectives to the table, and enrich the conversations and analysis in class. Dr. Koller points to the new Revel Student-Faculty Lounge and to the now frequent events and activities for Revel students as important community-building initiatives that were largely missing during his own student experience at Revel. Happy that his Revel students are offered these enriching new opportunities, he encourages them to participate fully in the Revel experience.