Invitation to a Revel Symposium on Halacha on Tuesday, April 16, 2013 (Yom ha-Atzmaut) The Bernard Revel Graduate School of Jewish Studies invites you to its annual Shabbaton 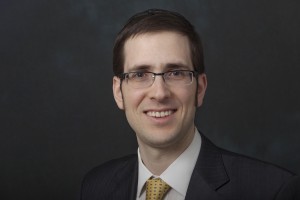 Daniel Tabak is pursuing his doctorate in Medieval Jewish History at Revel, but that trajectory wasn’t always clear, even to him. After graduating Yeshiva College with a BA in Economics in 2007, Daniel began taking courses toward an MA at Revel as a co-requisite of his RIETS semikha program. “By the end of my Master’s degree,” explains Daniel, “I was enamored with medieval Jewish history,” and he thus applied to a number of leading doctoral programs in this field.  He ultimately chose to enroll at Revel so that he could study under Professors Berger and Kanarfogel, who, as Daniel notes, “are world-renowned and very generous with their time and knowledge.”

The medieval era holds particular interest for Daniel, since “it was a formative period in Jewish history in which various strategies were put forward in the interpretive endeavors revolving around the dual axes of the Bible and rabbinic literature. For a people that has an ongoing meaningful relationship with those texts, the period was trendsetting and has loomed large ever since.”  Daniel explains that as a student deeply involved in understanding medieval texts in a traditional context he wanted to move into the world that those texts inhabited and inquire after the human factor. He was perhaps most animated by the question “What was the medieval Jew really like?”

When asked about the professors Daniel has most enjoyed, he emphatically rattles off the long list of teachers to whom he feels indebted:

Professors Berger, Kanarfogel, and Tsadik are tasked with introducing neophytes like me to the sprawling world of medieval Jewish history (and in Berger’s case: quality jokes) in a short span of time, but they do it extremely well. Professors Dauber and Carlebach teach students to read closely and carefully. Professor Kaplan’s gift, in my opinion, is in enabling her students to contextualize any given subject matter and to formulate tough questions about it from a variety of perspectives. Her pedagogy is inspiring. Any private attention from Professor Olson is to be cherished, and I really enjoyed a guided readings session with him. His breadth of knowledge and patience with my ignorance were astounding. Professor Steiner’s courses challenged me the most through his insistence upon participation and quality work in areas in which I had no previous expertise. I could not but emerge from his courses a changed person.

Daniel would like to follow in their footsteps, transmitting his knowledge and skills to the broader community. He is currently planning on a career in academia, which will enable him to engage in research and teach Jewish history on a university level.

As a dedicated doctoral student, Daniel doesn’t have a lot of free time. “But,” he adds, “when I pretend that I have free time, I cherish my family. Occasionally I play my acoustic guitar while my fifteen-month-old daughter bangs out some Old McDonald on her electric.”

This article was written by Rivka Skaist, Revel 2014.