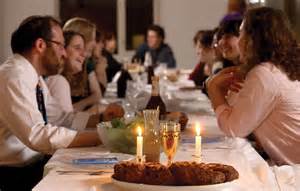 Revel’s fourth annual Shabbaton, held on April 26-27th, Shabbat Parashat Emor, in Washington Heights, proved to be a wonderful enhancement for the Revel student community, bringing together Revel students of all majors in an informal setting with Professors Mordechai Cohen and Daniel Rynhold.

The Shabbaton began with Friday night meals at the homes of Revel students and alumni. These provided opportunities to talk casually with peers and professors usually encountered in academic settings and were enjoyed by all. At the meal he attended, Professor Rynhold talked about the Jewish community in London, where he was raised, the process of moving to New York, and the differences between Jewish life in Europe and  the tri-state area. Professor Cohen shared his thoughts about how the young Jewish community of Washington Heights has blossomed since the days he lived there in the early 90’s as a graduate student and then as a YU faculty member.

The Shabbaton continued with an oneg at Mt. Sinai Jewish Center open to the community, where Professors Cohen and Rynhold shared personal reflections on their careers in Jewish Academia. Professor Rynhold described how he became interested in Jewish philosophy in yeshiva in Israel—after which he went on to study general and Jewish philosophy at Cambridge University, and to specialize in the philosophy of Rav Soloveitchik. Professor Cohen described his own educational trajectory from Gush through Revel, his studies with Nehama Leibowitz, and his teaching experiences at YU over the last 25 years. It was wonderful to get a sense of the journeys these professors underwent to get to their posts today. Everyone at the oneg gained insight into the aspirations, dedication and hard work that led the speakers to where they are now—as well as the false turns, and uncertainties that challenged them along the way.

Professor Rynhold delivered the drasha on Shabbat morning to the entire Mt. Sinai Jewish Center congregation on how one might address the perceived conflict between science and religion. Thirty-five Shabbaton participants convened afterward for a lively communal Shabbat meal in the lower level of Morgenstern Hall. After lunch, there was a Revel student panel, in which students from the different majors shared their varied Revel experiences. It was fascinating to discover the wide spectrum of students that find their home at Revel, from the Bible student who had graduated from Michigan University with a psychology degree, to the modern Jewish history student that in his free time gives tours at the Cloister Museum, and the semikha student who finally found a place to explore his religious questions at Revel.

After a few hours of shabbat relaxation, the Shabbaton reconvened at Mt. Sinai for Mincha, after which Professor Cohen 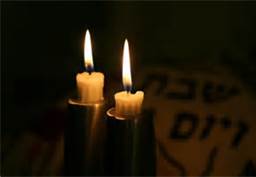 delivered a shiur on the book of Ruth during Seudah Shelishit. The turnout was staggering, and while source sheets could not satisfy the large amount of people, the entire audience appreciated how Professor Cohen drew out the spiritual message of the book of Ruth from a literary analysis of its narrative structure.

“The Shabbaton was a lot of fun,” remarked Revel Master’s student Anne Guetta. “I enjoyed talking to people who are interested in academic Jewish studies and getting to know my professors and fellow Revel students better. The growing student community at Revel is wonderful!”

This article was written by Elianna Mitnick (Revel 2013)