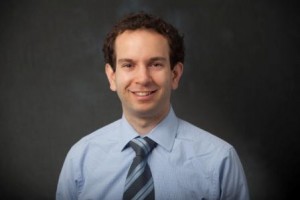 Jonathan Klatt, originally from Livingston, NJ, is a student at both RIETS and Revel. Jonathan earned his BA from the University of Pennsylvania where he majored in Judaic Studies and History and minored in Psychology. Jonathan was not always certain of the field he wished to pursue; his college experience helped guide him toward a career in Jewish education. After taking courses at Penn with Professor David Ruderman and Professor Jeffrey Tigay in modern intellectual Jewish history and Bible, respectively, Jonathan became interested in studying Judaism on an academic level. Jonathan applied to the Revel-RIETS Smikhah Joint Program, which, for him, complements the yeshiva’s exclusive focus on Talmud in halakhah with the study of other aspects of Jewish learning such as Bible and Jewish history.

Jonathan intends to enter the field of Jewish education, an area in which he already has experience. After graduating from the University of Pennsylvania, he taught for one year at Torah Academy, an elementary school in Philadelphia. The following year, after getting married in the summer of 2009, Jonathan and his wife spent a year in Israel, where he served as a mentor to high school graduates at Yeshivat Shvilei Hatorah.

Jonathan chose to major in Bible at Revel and feels that gaining advanced knowledge of Tanakh will be most valuable to him as a Jewish educator. Some of the highlights of his experience thus far include studying the Dead Sea Scrolls with Professor Lawrence Schiffman. He is especially intrigued by the sectarian texts. Jonathan also mentions how much he has learned in the courses he has taken with Professor Sid Leiman, a leading Bible scholar who, Jonathan notes, is generous with his time and willing to answer questions in almost any Bible-related area.

The growth of the Revel student community has enhanced Jonathan’s experience at Revel. He values the special events such as lectures and symposia sponsored by Revel during the school year that expose students to world class scholars and provide opportunities for students to meet and grow intellectually in areas outside of their normal coursework. He particularly enjoyed the lecture by Andrew Kraebel of Yale University on Christian Bible interpretation in eleventh-century northern France—Rashi’s time and place. “It was fascinating to see Rashi’s world from a different perspective. It enriches the way we think about Rashi and how he tackled the biblical text,” Jonathan remarks.

Jonathan plans to graduate in May 2014 and looks forward to applying the knowledge he gained at Revel in the classroom and in life.