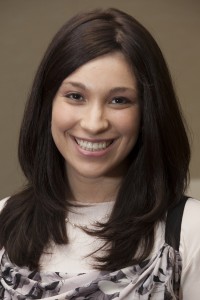 Racheli Taubes (nee Ratner) was planning on becoming an optometrist.  On the other hand, she had always known that Jewish learning and teaching was something that she enjoyed and that it would be an important part of her life. When she was invited to apply to the pilot year of Stern College’s Jewish Educators Project she knew it was time to make a big decision about which direction her life would take.

Ultimately Racheli decided on a career in chinuch (Jewish education)—the best way for her to “make a difference.” Throughout college, she sought out courses that taught her both Jewish content and the pedagogic skills by which to transmit it. While attending the Jewish Job Fair sponsored by the CJF, Racheli heard first-hand from day school principals about what they valued in potential teachers. Having decided on continuing her studies in a graduate program, she asked whether they preferred a degree from Revel or from Azrieli. The resounding response was: “Both!” Not long after, she was delighted to hear from her teacher at Stern, Professor Mordechai Cohen, who is also Associate Dean at Revel, that Revel was working on creating a joint Master’s degree program with the Azrieli Graduate School of Jewish Education and Administration. With her characteristic alacrity and enthusiasm, Racheli offered to be the “trial student” for the program, which was initiated in September 2012. Racheli soon became the self-appointed unofficial student chair of the Azrieli-Revel Dual Degree MS/MA Program of which she is now a proud member.

After graduating from Stern, Racheli was awarded a Presidential Fellowship at Yeshiva University’s Institute for University-School Partnership. There Racheli learned about some of the challenges facing Jewish education today—from pedagogical to financial issues.

During her college years, Racheli completed her student teaching requirement at the Heschel School. Now Racheli is headed toward her own classroom for the first time; she will be teaching Tanakh at Yeshivat Noam’s middle school starting in September 2013 while she completes the Azrieli-Revel Dual Degree (ARDD) program. She looks forward to incorporating into her teaching many of the things she learned at Revel. While not everything one learns in graduate school is suitable to teach middle-school students, Racheli notes that her advanced Bible studies have broadened her perspective in a way that will make her a better Tanakh teacher. Speaking from experience, Racheli points out that teachers often don’t realize which aspects of their graduate learning may one day prove vital in their the classroom performance. Who would have thought that Racheli’s participation in Professor Richard Steiner’s Biblical Hebrew course would enable her to answer students’ questions regarding the Documentary Hypothesis?

When asked about her goals for the future, Racheli jokes that she likes to think big but to take one small step at a time.  For now, she is looking forward to meeting the challenges in teaching and seek opportunities to grow as a Jewish educator.

This article was written by Ahuva Gold, Revel MA student in Bible