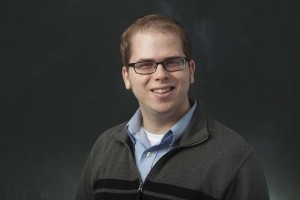 Yaakov Taubes was attracted to Revel because of the “amazing professors and small class sizes that allow students to develop a relationship with leaders in the field of Jewish studies.” Now he is a semester away from completing his MA in Medieval Jewish History. Yaakov also hopes to finish semicha at RIETS by June 2014.

Yaakov explains that he chose to focus on Medieval Jewish History while taking a course in the field during his first semester as an undergraduate at Yeshiva College. That course “rekindled my high school love of history which had been dormant during my time in Israel,” Yaakov says. “I decided to major in History and Jewish Studies to get the best of both worlds. It was therefore only natural that I would continue my studies at Revel.”

Yaakov loves Medieval Jewish History as he finds that “the different figures and personalities whose words I study in yeshiva come alive in the study of their history as I learn about the time period that produced them.” For Yaakov, Dr. David Berger’s classes stand out most prominently. In his words, “Dr. Berger is a master lecturer who has a profound understanding and a love of the material he teaches.” Yaakov’s interest in a variety of topics brought him to courses outside of his immediate area of concentration, such as Dr. Lawrence Schiffman’s class on the Dead Sea Scrolls.

In addition to his post-graduate studies, Yaakov works for both Revel and RIETS. Yaakov keeps Revel’s website and blog posts updated, and assists in RIETS’ programming, including major projects such as the upcoming Chag HaSemikha and Shavuos Yarchei Kallah.

After earning his Semikha at RIETS, Yaakov plans to work for a nonprofit organization in an administrative role. In that capacity he hopes to contribute to the larger Jewish community. He anticipates that his strong background in academic Jewish studies will make his career more fulfilling by “placing it in the greater context of Jewish history.”
Yaakov is married to fellow Revel student, Racheli Taubes.

This article was written by Rivka Skaist, Revel MA student in Jewish Philosophy