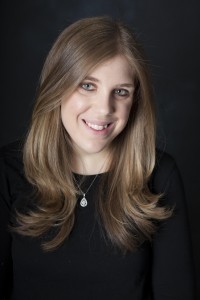 Revel student Aliza Storchan plans to finish the coursework for her MA in Bible in June, and then take the comprehensive exam in September. At this point, Aliza explains, she has “fallen in love with the Revel community.”

Aliza came to Revel after earning an undergraduate degree at the University of Michigan, double-majoring in Judaic Studies and Psychology. Growing up, Aliza particularly enjoyed her Judaic classes, so majoring in Judaic Studies seemed to be the natural next step. Coming from a traditional Jewish day school background, Aliza soon discovered that the Judaic Studies curriculum at the University of Michigan was vastly different than anything she had ever studied before; the academic approach of her Judaic Studies classes was entirely new.  “Never before had I studied Jewish history so closely, thought about trends in the Jewish community to thoroughly, or looked at Jewish texts so critically,” she notes.

Aliza was at once intrigued and compelled by the new perspectives and ideas that she was learning, but also a little uncertain with how to reconcile this critical approach with her religious convictions. “I knew I made the right choice when on my first day of Introduction to Bible II Dr. Eichler made the point that at Revel we have the good fortune of being a Yeshiva and a University–to be religious and academic,” she recalls.

Although Aliza originally came to Revel knowing just one other person at the graduate school, she immediately found her new classmates to be warm and friendly. “These same faces were in many of my classes,” explains Aliza, “and we formed a ‘chevra’ that works together to prepare for class and study for exams.” While Aliza predicted that she would find this sort of study-group relationship in Revel, the closeness she feels toward everyone far exceeded her expectations. Aliza has spent Shabbat with many of her classmates, received invitations to some of their weddings, and engaged in deep and thoughtful conversations with them. While the students’ lives are quite different—some are married with children, some have full times jobs, some are still in college or in semicha, some majored in Jewish studies while others studied something else entirely. “It is quite apparent that there is some serious brainpower in the Revel community, which is at first incredibly intimidating, but it is clear that it is not a competitive, every-man-for himself environment,” explains Aliza. “Being in that sort of community is very humbling.”

Aliza considers it an honor to learn from all of Revel’s renowned and distinguished scholars. For her, Dr. Shnayer Z. Leiman and Dr. Mordechai Z. Cohen particularly stand out. Aliza says she finds herself sitting in Leiman’s class “utterly amazed at his expansive breadth and depth of knowledge.”

“Dr. Leiman invited our class to his home for a Hanukkah party and showed us his collection of thousands of seforim—the thousands that he says all of us should learn and know well,” she recounts.  Additionally, Aliza has thoroughly enjoyed taking classes with Cohen, who she found not only has well thought-out, researched, and innovative ideas, but presents the material in his classes in a way that particularly helps his students learn and understand the material.

Although Aliza now feels at home at Revel, she continues to draw upon her experience at the University of Michigan as well. During her undergraduate years, Aliza had wanted to become a limudei kodesh (religious studies) teacher, but had what she calls a “soft spot” for psychology. Her U of Michigan professors encouraged her to pursue both disciplines. “My professors pushed me to not have to see the two as separate,” recounts Aliza. “I don’t have to pick just one; I can be creative and think of ways to combine my interests and give that to the world.”

“The University of Michigan is a huge institution,” continues Aliza.  “With around 30,000 students, there is so much going on in every discipline…In a place where the sky really is the limit, I was encouraged to dream big and pushed to think that one’s aspirations do not have to remain a dream, but can actually be a reality.  The professors who became my mentors all advised me to really explore all of my interests and continue my study and obtain higher degrees, and I have them to thank for leading me to Revel.”

Now, as Aliza finishes her last few courses at Revel and studies for the comprehensive exam, she hopes to find work at a Jewish organization and make a positive impact on the Jewish community. Additionally, she says she may end up pursuing a second master’s degree in social work.

This article was written by Rivka Skaist, Revel MA student in Jewish Philosophy