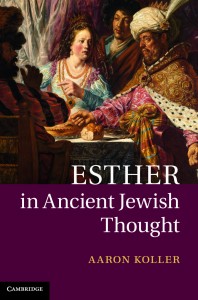 On the background of a broad but detailed survey of major trends in Jewish thought during Second Temple times, this book provides a new understanding of the purpose and meaning of Esther.  Focusing on intertextual relationships and the history of ideas, the book shows how controversial Esther was for centuries, and how it became the beloved book known today.