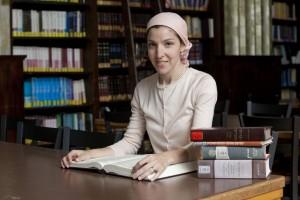 Revel alumna Shana Strauch Schick, the first woman to earn a Revel PhD in Talmud (2011), has recently published an article in the Israeli academic journal Zion entitled “A Re-examination of the Bavli’s Beruriah Narratives in Light of Middle Persian Literature” (Zion 79:3 [2014]: 409-424).

This study, written in Hebrew, comprehensively investigates the Talmudic passages relating to the famous Beruriah, identified as the daughter of R. Hanina b. Teradyon and wife of R. Meir. While most Jewish women in that era were uneducated, Beruriah is presented as a scholar of a very high level, to the point where other scholars would consult her on matters of halakhah and Jewish doctrine. Schick argues that the Beruriah narratives are best understood within the context of Sassanian (Middle Persian) culture, where women were afforded the opportunity to engage in scholarly pursuits. Schick’s study is inspired by the methodology pioneered by her Revel doctoral advisor, Prof. Yaakov Elman, who has endeavored to arrive at a deeper understanding of the Babylonian Talmud against the backdrop of the Middle Persian intellectual environment in which it was composed. This overall approach is presented in detail in the recently published monograph entitled The Iranian Talmud by Dr. Shai Secnda, who also received his PhD at Revel under Prof. Elman’s tutelage.

Shana Strauch Schick is currently a post-doctoral fellow at The Center for Inter-disciplinary Research of the Cairo Genizah at Haifa, which investigates Genizah documents in order to shed light on the social, cultural, and intellectual worlds of Jews in the Middle Ages.