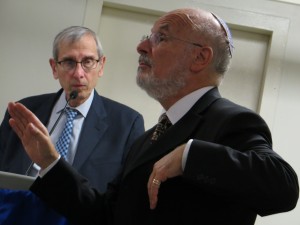 A feeling of camaraderie pervaded the fifth floor of Furst Hall on October 29 when Professor Stefan Reif delivered a talk at Revel about attitudes toward non-Jews in Genizah documents. Speaking without a microphone, Professor Reif interspersed his lecture with personal anecdotes and Yiddish sayings, and regaled the audience with stories of his time in Jew’s College, London. He made special note of his relationship with Hakham Solomon Gaon, who founded the YU Sephardic Studies Program, and in whose memory the lecture was dedicated. Not merely an academic analyzing dry Genizah texts, Reif is a deeply committed Jewish scholar who loves bringing the primary sources of our tradition to life.

Still, Reif is a first-rate academic. He is a leading expert on Jewish prayer, and for decades has played a key role in the Cambridge group that catalogs Genizah documents. Now retired and living in Israel, he still actively engages in teaching and research. Reif began his lecture with an overview of the amazing discovery of the Cairo Genizah, and the unique light it sheds on medieval Jewish history. He then turned to the topic of his lecture: Jewish perceptions of the “other,” specifically non-Jews. Did medieval Jews always perceive non-Jews in a negative light, or were they sometimes “universalists”? 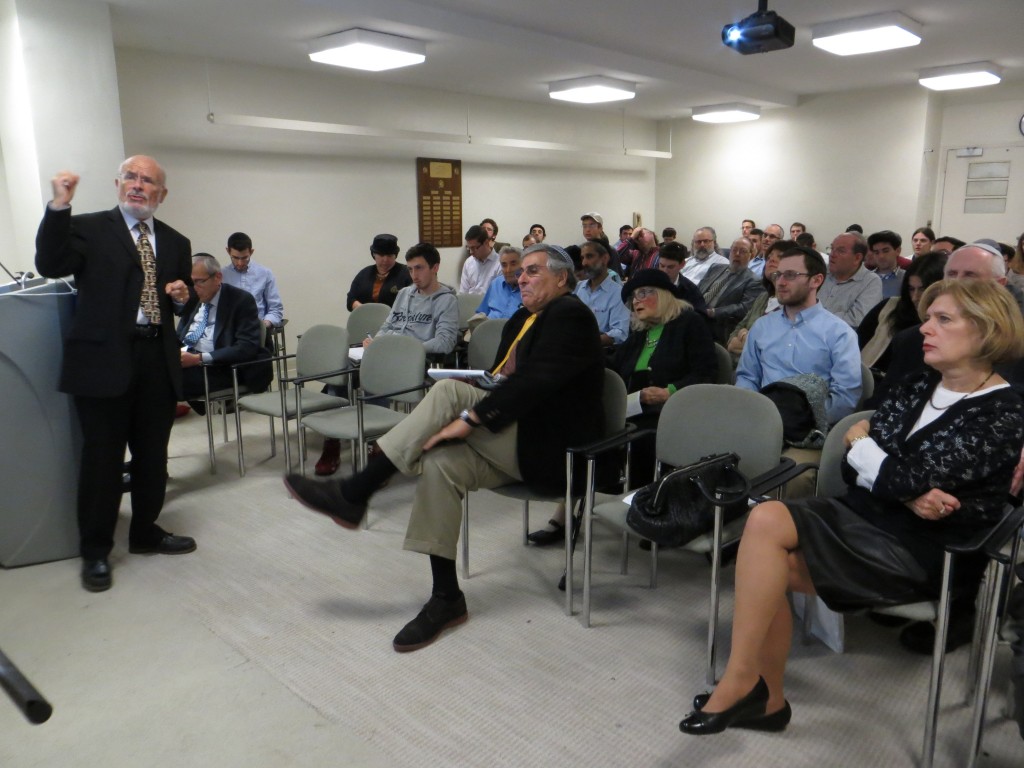 Reif answered this question by exploring with the audience over a dozen Genizah manuscripts of medieval prayer texts. For example, he cited a version of the ve-la-malshinim paragraph in Shemoneh Esreh that differs from the now-standard versions:

Apart from mentioning Christians explicitly, this formulation is far sharper than the text with which we are familiar. 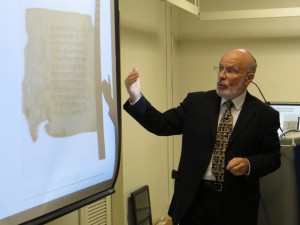 On the other hand, Reif brought a Genizah version of the ‘al ha-tzadikim paragraph that includes a special prayer that God protect ‘osei retzonecha (“those who do Your will”). From the context it would seem, Reif argued, that this category includes God-fearing non-Jews, thereby reflecting a “universalist” attitude.

Making a general point about the historical development of Jewish prayer, Reif noted that the Genizah in particular reflects the diversity of nusaḥ ha-tefillah (the text of the liturgy) in various communities, a diversity lost as tefillah became standardized and homogenized—a process that was abetted by the advent of printing.

One of the highlights, during the Q&A following the lecture, was a distinction Reif made between historical research and the halakhic process. Asked why halakhic authorities (posekim) do not use historical evidence from the Genizah, Reif explained that the halakhah is necessarily based on a living chain of tradition, not on branches of Jewish practice that have long since vanished. Of course, as a historian, it is precisely those “lost” historical reflections of Judaism that Reif seeks to uncover. 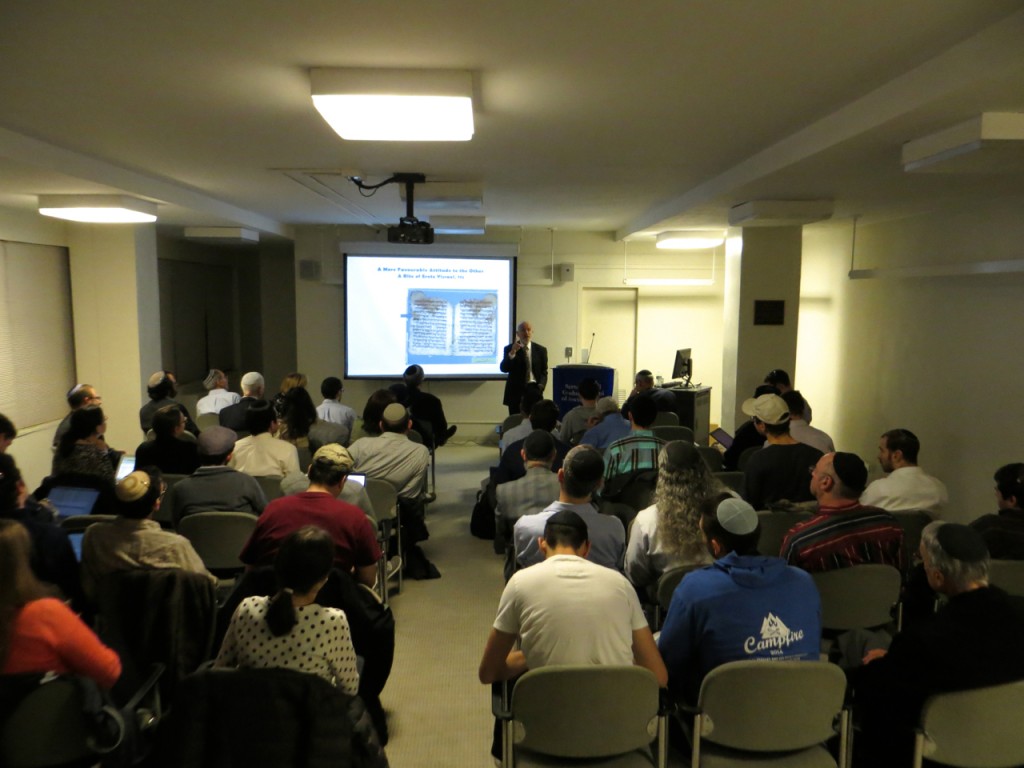 The question was also asked how one can determine if a Genizah manuscript prayer text was authoritative in the Jewish community, and not merely someone’s unauthorized personal version. Reif responded that in some cases one can find other attestations of what might seem to be a unique version. For example, there might be a teshuvah (religious responsum) criticizing that formulation—indicating that it was, in fact, used in some communities.

But Reif argued more broadly that even an idiosyncratic version is historically (if not halakhically) significant, since it shows that at least one Jew, or whoever uttered this prayer version, found the “standard” version unacceptable and felt compelled to alter it. And the motives for making this alteration are worthy of study to understand the world of Judaism preserved in the riches of the Cairo Genizah.

This article was written by Ezra Brand (Revel ’15)