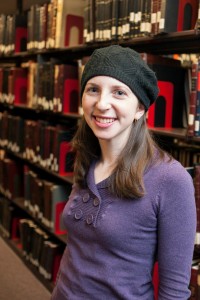 Yael Landman’s article “On Lips and Tongues in Ancient Hebrew” was recently published in Vetus Testamentum (Vol. 66 [2016]). The article traces the semantic development of the words śāp̄ah ‘lip’ and lāšon ‘tongue’ through Biblical, Late Biblical, Qumran, and Mishnaic Hebrew. Two semantic changes occupy the focus of this analysis: First, by the time of Mishnaic Hebrew, śāp̄ah had lost its meanings related to the lip’s association with talking, so that it should not be translated ‘speech’ in ambiguous contexts. Second, the semantic widening of lāšon to include the meaning ‘speech’ began to take place in Biblical Hebrew in the context of words from the realm of deceit. (Taken from her article abstract which can be found here)

Yael began researching this topic in the spring of 2011, while writing a final paper for Dr. Steiner’s course in Hebrew Semantics and Lexicology.  She presented a version of that paper at the Society of Biblical Literature Annual Meeting in 2014, and then revised it for submission to Vetus Testamentum.

Prof. Shalom Holtz, Associate Professor of Bible at Revel commented on the significance of Yael’s achievement: “Yael’s article contributes to our understanding of the history of the Hebrew language, specifically of the differences between the Hebrew of the Bible and the later Hebrew of the Mishna.  It applies general theories of how semantics of languages, in general, change over time, to the Hebrew words for “tongue” and “lips.”  Through careful and insightful readings of the contexts in which these words occur, Yael demonstrates how these words were used differently over time.

For Yael, this publication is a scholarly achievement of high order.  With its appearance in a top-ranked, peer-reviewed journal, Yael stakes her claim as a world-class participant in this arena of scholarship.”

Interested in hearing more from Yael? Join the Revel community for a Boker Iyun on Sunday, March 20th 2016 and attend a session by Yael Landman, “Herding in Haran:Jacob and Laban at the Intersection of Law and Poetry.” For more information about the event click here.