Revel Associate Dean Mordechai Cohen gave a mini-course at the University of Shandong in the Chinese city of Jinan in early June. As described in the program below, his 3-lecture series on the interpretation of the Hebrew Bible focused on the books of Job, the Song of Songs, and the Pentateuch, as understood by Jewish interpreters from ancient to modern times. Dr. Cohen also addressed the ways in which the Hebrew Bible was interpreted by Christians and Muslims by way of comparison, The subject of his recently published volume by Cambridge University press, Interpreting Scriptures in Judaism, Christianity, and Islam. Dr. Cohen was invited to Shandong by Professor Youde Fu, Director of the Institute for advanced Judaic and comparative religious studies, who had come to Revel in October 2015 to deliver a lecture on Confucius and the Hebrew prophets. (Click here to view the complete lecture on the Revel YouTube channel.) At the time, Dr. Fu and Dr. Cohen saw the potential for further comparative work of the two traditions. (Click here to view a conversation between Dr. Fu and Dr. Cohen on our YouTube channel.) 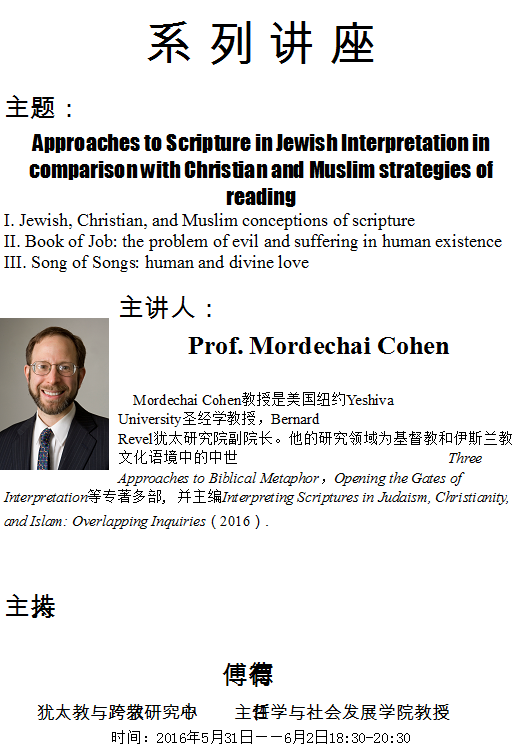