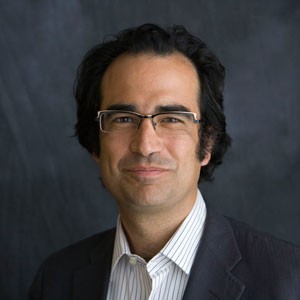 Dr. Ronnie Perelis, Chief Rabbi Dr. Isaac Abraham and Jelena (Rachel) Alcalay and assistant professor of Sephardic studies, is featured in a short video with Dr. Steven Zucker, co-founder and executive editor for Smarthistory and faculty emeritus at Khan Academy, about a 14th-century book on display at the Metropolitan Museum of Art titled Sefer Musre Hafilosofim (Book of Morals of Philosophers), an anthology of philosophy in Hebrew that is a copy of a book written in Arabic that was itself a translation of works that come from ancient Greece.

While at a recent conference in Mexico, Perelis gave an interview on Foro TV, a popular cable news channel, about his 2016 book, Narratives from the Sephardic Atlantic: Blood and Faith (from Indiana University Press) and the case of the Carvajal manuscript, written in the 16th century by Luis de Carvajal the Younger documenting the arrival of Jews in the New World. (Perelis has two chapters in his book about the Carvajal family.) The manuscript was stolen in 1932 from Mexico’s National Archives and resurfaced in 2016 at an auction in London. It was eventually returned to Mexico.