Kabbalah Practices/ Practical Kabbalah: Magic and the Kabbalistic Tree A Striking Tale of Role Reversal and Lesson for our Times by Mr. Leonard Grunstein

On December 6, 2017 · In Faculty, Student and Alumni Profiles, News 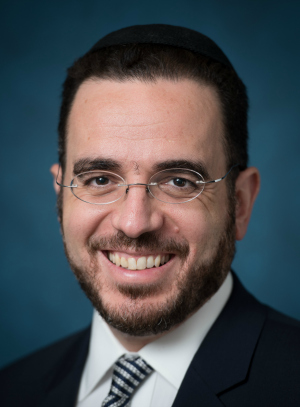 In 2017, the Fellowship’s focus was on “Jews in the Classical World,” and in February, Dr. Hidary gave a seminar on “Rabbis as Greco-Roman Rhetors: The Setting and Structure of Rabbinic Homilies.” [A rhetor is a teacher of rhetoric, the study of persuasive discourse.] Comparing Roman and rabbinic funeral orations enabled him to describe to what degree the rabbinic community was integrated into its surrounding society as well as how much it was able to distinguish itself.

Dr. Hidary will also have an article published in a forthcoming Festschrift in honor of Lawrence Schiffman to be published by Brill, titled, “A Tale of Two or Three Witnesses: Oral Testimony in Greco-Roman, Qumranic and Rabbinic Court Procedure.” The article compares witness testimony in Roman, Qumranic and rabbinic courts of law and how the differences between these legal practices illustrated each community’s specific understandings of truth, interpretation and divine versus human roles in pursuing justice.

“I am grateful to the other Starr Fellows and faculty members from the Center for Jewish Studies and the Classics department,” he said, in an article in the spring 2017 issue of the Center’s newsletter, “for sharing their expertise on the experience of the Jews in the classical world, and for their friendship, feedback and insight.”