Jerusalem or Louisiana, the Matter of Title Has Long Been Resolved by Revel Board Member Mr. Leonard Grunstein Chanukah: Light the Candles; It’s about Doing Good, Not Thinking about It

Jewish and Islamic Depictions of Jewish Traditions in the Geonic Period 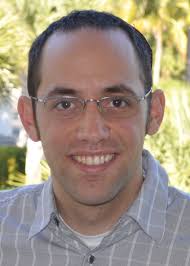 The Yeshiva College Jay and Jeanie Schottenstein Honors Program and Bernard Revel Graduate School hosted Dr. Marc Herman of Columbia University for a lecture, “Jewish and Islamic Depictions of Jewish Traditions in the Geonic Period.” Dr. Herman demonstrated that Jewish thought in the Geonic world, specifically the thought of Saadia Gaon (882/892 – 942), can be better understood if situated in the intellectual currents of the surrounding Muslim society.

Saadia Gaon espoused the view that G-d was the author of all Jewish tradition. Saadia wrote that the festival of Hannukah, the calculation of the calendar, and the enactment of a second festival day in exile were all decreed by G-d to Moshe. He wrote that laws in the Talmud, apparently derived by the rabbis using the thirteen exegetical principles, were actually divinely commanded and transmitted orally by the rabbis. The exegetical principles are just post facto ways to link divine commandments to the verses. This position was largely accepted in the Geonic world, albeit with critique of some of its details. Nissim of Qawarayan and Hai Gaon, for example, do not agree that there were always two festival days in exile but they often do agree with the assertion that midrash, apparently legal derivations of the rabbis, is received tradition.

Maimonides famously rejects this Geonic approach in his Sefer HaMitzvot. He argues to uphold the “obvious” distinction between biblical commandments given by G-d to Moses and rabbinic laws instituted or derived later by the rabbis.

Scholars have argued that Geonim advanced the position that all apparently rabbinic laws are actually of divine origin as anti-Karaite polemic. Dr. Herman argues that this position would not convince Karaites and that the Geonic position is better understood in light of Muslim thought at that time. Muslims turned to both the Quran, the original written text of Islam, and hadith, oral traditions written later, for religious instruction. Authenticity of hadith was determined based on its content and chain of transmission. By the end of the ninth century, there was a shift to prophetic authority in the Muslim legal system. That is, hadith was only considered authentic if it could be traced back to a prophetic revelation of Mohammed. Saadia Gaon’s position regarding the divine origin of apparent rabbinic laws fits with this new emphasis on prophetic religious authority. The larger Geonic tendency to celebrate chains of tradition evidenced in Iggeret R’ Sherira Gaon and Seder Tanaim v’Amoraim also fits with this trend in the Islamic world. This matter was even specifically debated in Muslim-Jewish Polemic. Ibn Hazm argued that Jewish oral tradition (recorded first in the Mishnah) was inauthentic as it only was traced back to the Tanaim and not Moses. Sherira Gaon responded to this attack by explaining that the words of the Mishnah are from the Tanaim but the traditions are from Moses. Both Islamic authors and Saadia Gaon treat legal disagreements within their respective traditions in a similar way. Legal disagreements are not evidence of different creative legal reasoning but rather a temporary misunderstanding or partial lapse in memory of the original divine commandment.