Once again this year, Yeshiva University’s Center for the Jewish Future (CJF) and the Orthodox Union combined efforts on programs for the Three Weeks and Nine Days leading to Tisha B’Av, followed by a variety of shiurim on Tisha B’Av itself. 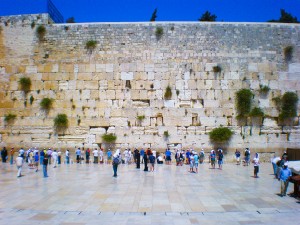 In this year of extremely early Jewish observances, the Three Weeks began on Tuesday, June 25 — the Fast of Shiva Asar B’Tammuz, the Fast of the 17 of Tammuz, with its restrictions on levity. The Nine Days , with its deeper restrictions, began on Monday, July 8, Rosh Chodesh Av. Tisha B’Av itself, the Ninth of Av, extended from Monday evening July 15, until nightfall Tuesday, July 16.

“It is most rare for the Three Weeks to begin before the Fourth of July,” said Rabbi Judah Isaacs, OU director of community engagement, who worked with CJF in developing the programs. “The materials jointly prepared by the Orthodox Union and Yeshiva University will enable Jews to focus on the tragic events of Tisha B’Av, by deepening their understanding of the past and how they impact on the Jewish soul in our times.”

“It is particularly appropriate to work with the OU in sharing Torah with the international Jewish community,” said Rabbi Kenneth Brander, YU vice president and David Mitzner Dean of the CJF. “Such cooperation allows us to convene our intellectual resources in a most effective and productive fashion. I look forward to next year when we will jointly sponsor a festive Tisha B’Av experience in Yerushalayim.”