It’s been more than seven months since Hurricane Sandy struck the greater New York region and some areas continue to suffer the storm’s ravaging effects. When Elana Polster, a Presidential Fellow at Yeshiva University’s Center for the Jewish Future, heard that volunteers were still needed to assist in the recovery, she mobilized 10 students and recent graduates from YU and partnered with Nechama, a disaster relief organization, to run a four-day mission to Long Island where students worked to rebuild damaged homes. 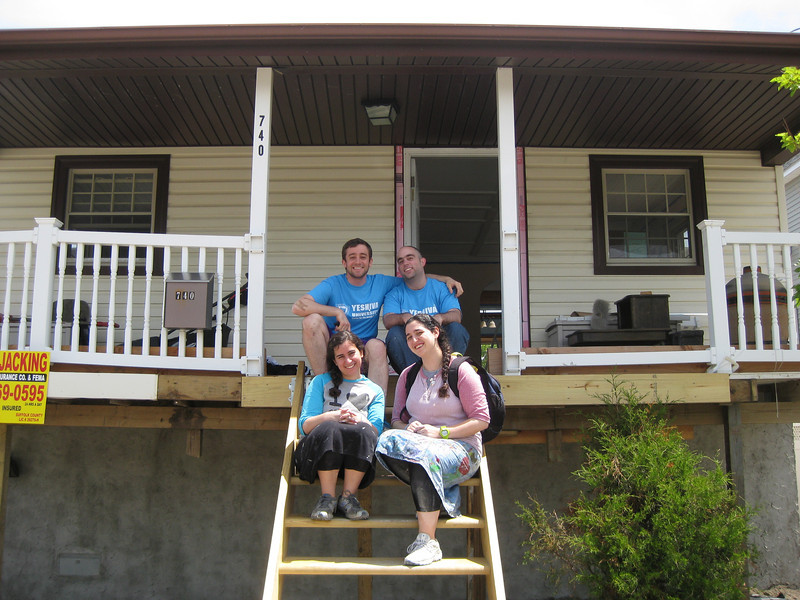 A group of YU students and recent graduates primed and painted this house damaged by Sandy in Lindenhurst, NY.

“What intrigued me about this mission was that months later, there was still work to be done and I wanted to help,” said participant Yitzy Frankel, a new Yeshiva College graduate. “It was really shocking to drive down there and see the water, houses and devastation that still remained.”

During the day, the students engaged in hands-on volunteer efforts, painting and caulking houses, installing dry wall and helping out in a soup kitchen. At night, they heard from community leaders who were impacted by Sandy or whose organizations were involved in relief efforts. Speakers included Rabbi Boruch Ber Bender, founder of Achiezer; Rabbi Jonathan Muskat of the Young Israel of Oceanside; Alexander Rapaport, founder of the Masbia soup kitchen; and representatives from Nechama, Ohel and the United Jewish Appeal-Federation.

“This mission was an excellent opportunity to be actively involved in restoring people’s lives from Hurricane Sandy,” said volunteer Erica Pirak, a recent Stern College graduate. “I met many incredible and selfless people who volunteer and work daily on the projects. It was extremely rewarding.”

Pirak was tasked with helping rebuild a house and apartment in Freeport, NY, which included priming, painting, tearing down damaged walls and replacing them with dry wall. A highlight of the mission was when the group’s bus driver, Maritza, put on a Nechama T-shirt and joined them in putting up dry wall. “It made me realize how contagious it is to want to volunteer, help others and to actualize the goodness that lies within the hearts of each individual,” Pirak said. 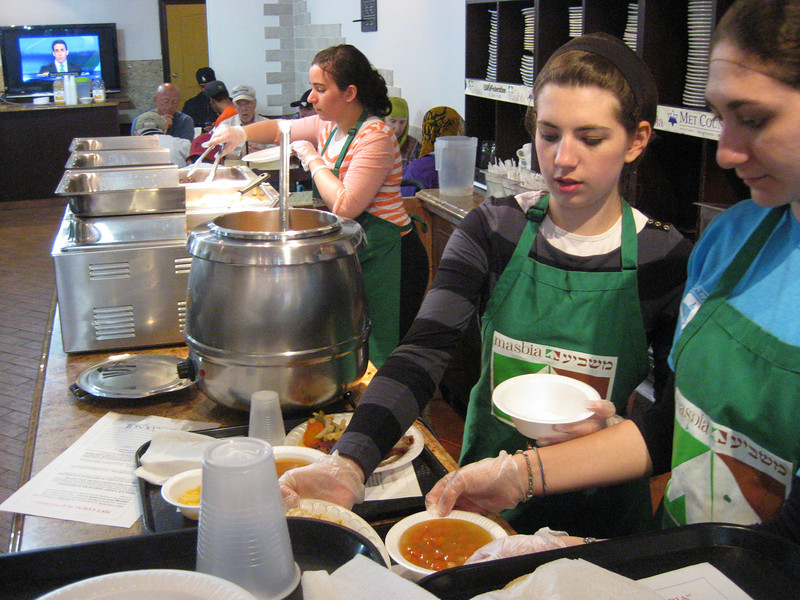 Hearing from the various communal leaders opened the students’ eyes to the obligation of stepping up in a time of crisis and the struggle of juggling personal needs with communal ones. “Harriet Blank, program director at Ohel, spoke about how she balanced caring for her own family while simultaneously making sure Ohel members were safe,” said Pirak. “She really epitomizes the challenge to strike that balance that Rabbi Muskat calls being a ‘Klal Yisrael Jew,’ caring about one’s personal life as well as contributing to the Jewish community and to the world at large.”

According to Polster, one goal of the mission was “to expose the students to the entire spectrum of community leaders so that they could hear the different perspectives and see how they responded, organized services and provided reimbursement,” she said. “At the end, it was just so clear how much of a web was created from the Sandy experience and how individual community members and organizations joined together to form a larger network to help where it was needed.”

YU students have spearheaded numerous Sandy relief efforts throughout the year. Soon after the storm hit back in October, the Stern College for Women Student Council organized dozens of volunteers who went on foot to distribute bottles of water, snacks, flashlights and batteries, to residents of public housing units on the Lower East Side. Other students traveled to communities in Long Island and Brooklyn to help remove debris from homes and synagogues and distribute meals to affected families. In February, YU Seforim Sale organizers donated $10,000 towards rebuilding shul and school libraries affected by the storm.