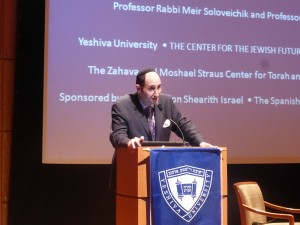 In its third year, the Community Beit Midrash program has expanded its reach with over 175 participants from Central and South Jersey, Brooklyn, Queens and the Five Towns. The program was held at the Yeshiva University Museum where participants joined to study from prominent YU faculty.

The program featured Rabbi Dr. Meir Soloveichik, Director of the Zahava and Moshael Straus Center for Torah and Western Thought, Yeshiva University and Dr. Jacob Wisse, Director of Yeshiva University Museum and Associate Professor of Art History, Stern College for Women who co-presented on the topic of: “The Image and the Idea: An Interdisciplinary Seminar on Art History and Jewish Thought.”

The six-week course explored the process through which art and artists use physical means to achieve spiritual or intangible ends and the ways that Judaism and Jewish sources deal with the tension between the physical and the spiritual and between the visual and the intellectual.

“Bridging the world of Judaism and that of art was an intellectually exhilarating experience,” said Rabbi Soloveichik.

“The course offers a unique opportunity to explore the compatibility of and tension between traditional Jewish thought and traditional art and art history,” said Wisse.

Not only did participants explore the intersection of Jewish thought and Art, they were able to extend their learning beyond the lecture hall and take a guided preview tour of a Yeshiva University Museum exhibition, “ Modeling the Synagogue: From Dura to Touro.” 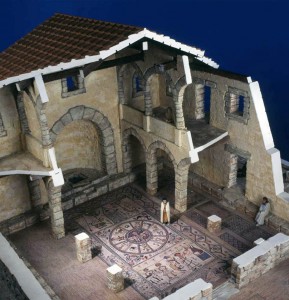