Wurzweiler School of Social Work presented a new class of MSW and PhD candidates for graduation on July 25th, 2013. The administration, faculty, and staff congratulate all of the graduates on their outstanding acheivement.

Most of the MSW students completed a three year summer program called the “Block Program”, which allows students to take three summers of concentrated classroom studies, while performing social work internships, or “field education”, during the remainder each year. This program is indicative of the flexible options Wurzweiler offers students to complete their graduate education in Social Work.

He is the immediate past President of the national Private Care Association (2010-1012).  Has transitioned to positions as a Board member and Chairman of the Political Action Committee.

Bensmihen was born in Montreal in 1969. Diagnosed with spastic cerebral palsy, his parents were told he would never walk. As a bright young boy with a disability, he wanted to attend his sister’s school. So with his parent’s backing, Joseph was instrumental in having the Canadian law for mainstreaming children with disabilities changed in 1981.

Joseph’s father, whose motto was “Education is Freedom”, encouraged his son to move to the United States where the Americans with Disabilities Act would offer him greater opportunities. How prescient this advice turned out to be! Joseph graduated with a Bachelor’s degree in Political Science from Yeshiva University in 1991. The next two years he worked at the Bank of Montreal teaching employers how to mainstream talented people with disabilities into the financial sector.  He then earned his Master’s in Social Work degree from Wurzweiler School of Social Work in 1995.

Joseph was on his way.  He met his wife, and business partner, Lisa. They have four beautiful children and a few companies. After working at Home Health Corporation of America as a social worker, in 1998 they launched United Elder Care Services, a private duty home health care company. 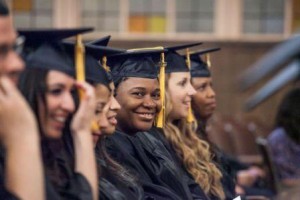 Remembering his father’s words, “Education is Freedom”, Joseph has established a scholarship fund in his memory for students who otherwise would be unable to afford to complete their education. Joseph, works  as an advocate for people of all ages who need a spokesperson, charitable endeavors, fundraising abilities and love of sports to be a source of joy and inspiration.