The Greenwich Times and other Connecticut papers in the syndicate recently published an article by Dr. Jonathan Fast, who is an expert on the subject of   shame and bullying and the author of  the book “Ceremonial Violence,” which provides an analysis of a dozen school shootings.

Below is an excerpt, and the entire article can be found here. 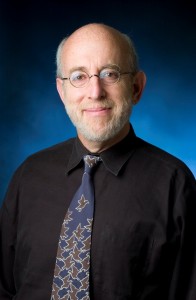 “In my 40s, I became a social worker and sought jobs where I could help violent and emotionally disturbed children and adolescents. All that time I had no recollection that I had once been threatened with a firearm at school.

In the late 1990s, I became fascinated by the “epidemic” of school shootings. I wrote an article about how the Littleton, Colo., community responded to the murders at Columbine High School. In 2008, I wrote a book that analyzed a dozen school shootings.

In 2012, 40 years after that fateful chess game, during a frantic phone call about a school shooting that had occurred at my doorstep in Connecticut, I began to remember the night of the chess game and the threat of gun violence. I shared my memories with my closest friend, my wife. She’s a good listener. She wondered if this seemingly long-forgotten and deeply buried event had played an important part in shaping my life. Being a minister, she often looks at the big picture, at issues of birth, and life and death.

So that’s one explanation of how I came to have a fascination with this subject, and why I was invited to write about the tragic shooting at Sandy Hook Elementary School, one year after its occurrence.”