The Work We Do Spotlight on Alumni – Irene Borins Ash

Sexual Assault of Minors in Rural Areas: The Role of Departments of Human Services 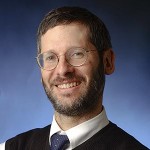 An article, written by Wurzweiler professor Daniel Pollack, JD and recently published in an issue of Policy & Practice, deals with the important issue of Sexual assault of minors in rural areas.

“I’ve been involved in nearly seventy-five expert witness cases around the United States,  many in rural areas. It seems that as frequently as we talk about child protection, we rarely do so in a rural context — even though it is prevalent in these areas as well. It is a difficult truth which requires attention;  most of my current writing stems from the continuing discovery of a compelling reality outside of where we typically look.”

Sexual assault of minors in rural areas: The role of departments of human services

They may not make the national news too frequently, but minors in rural areas are sexually assaulted – very often.