This January I’ll be moving across the country from Los Angeles to New York, where I will begin my pursuit of earning a Masters of Social Work degree at the Wurzweiler School of Social Work. With this change comes many questions, but there is one in particular I can’t seem to shake: How am I supposed to stay up till 1:30 in the morning to finish watching my beloved Los Angeles Lakers play three or four times a week?

Although I majored in psychology as an undergraduate with an interest in doing clinical work, upon graduation I wanted to see if my encyclopedic sports knowledge and aptitude for writing could take me somewhere. Through an internship and some networking, it did. Less than a year after graduating I landed a job writing for Fox Sports and its various websites. All of sudden, I was getting paid decent money to write every day about a topic I loved.

Initially, it was fantastic. However, as the months went by, spending anywhere from 10 to 14 hours a day in front of a computer with minimal human contact began to wear on me. Sure, I loved sports, but was a largely solitary career in front a computer screen what I wanted? As much as being a pro sports fan enthralled me, the answer was “no”. I was never going to derive the meaning and emotional gratification from sports writing that I craved for in an occupation. Where had I found that meaning previously? I found it years before interning at an outpatient mental health facility, and working for a local cancer charity.

As the calendar turned from 2015 to 2016, the itch to bring my path full circle back to the undergraduate psychology student looking to make a meaningful contribution grew and grew. This past summer I decided to act, and applied to social work schools with the intent of earning an MSW.

Sure, it’s a pretty drastic change from being a sports writer, but it is where my 25 years of life and intuition have lead me. I’ve seen first-hand in my own life and from others around me how skilled social workers can make a powerful difference in people’s lives for the better. To be given the opportunity to learn those tools and put them to work in an effective manner on a day-to-day basis means much more to me than explaining to sports fans why their team lost the night before.

I’m thrilled to be able to say the Wurzweiler School of Social Work is where I’ll begin to learn these skills and put them into practice. And while watching all of my Lakers games from beginning to end might have to take a back seat for now, I get the feeling that’s something I’ll be A-Okay with. 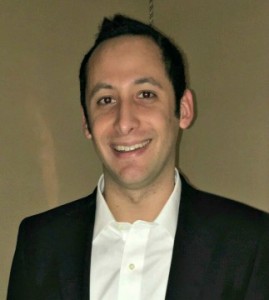