The Right Man for the Job 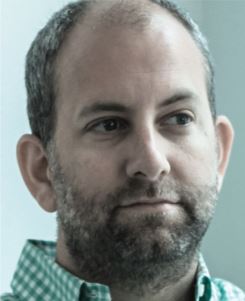 When I saw the ad to participate in the Care Cafe, I was very interested in the idea of bringing discussions on important topics to all of the 5 boroughs. What a great idea. When I learned that some of the topics would be veteran related, I became more interested. Here is a population of people who give so much of themselves for our freedoms, whether one agrees or disagrees, and their lives are changed by war.

After taking Dr. Beder’s class, I really wanted to learn more and do more with veterans. When she assigned a paper which was an interview with a veteran, I reached out to friends hoping someone would know of a veteran that I could talk to. My friend Nick came through with Jason Cahill. I met Jason at his home; his wife was busy with their young son, and we began the interview. I was quite moved by his story, what he had witnessed, and how he felt.

Back to Dr. Mitchell, when she said we could suggest names of people who might be a good speaker, I immediately thought of Jason. He is someone who was deployed three times to Iraq and Afghanistan, and because of resilience and possibly luck, came back and completed his Masters degree in business. He has a lovely family and successful business; he is a great role model for veterans.

– Rita Rivera has been involved in photography for over 20 years and worked as an assistant to the late, great Ruth Orkin. Rita is a photo editor, creating book covers for some of the top publishers, and a freelance photographer for The Daily News. Her latest work with writer Rafael Hermoso is entitled Speak English! The Rise of Latinos in Baseball.