We Are All Jersey City

Yeshiva University reached out in many ways to offer comfort and counseling to the Greenville community in Jersey City, New Jersey, after the tragedy of the shootings on Dec. 10.

On Dec. 11, Rabbi Menachem Penner, dean of the Rabbi Isaac Elchanan Theological Seminary, gathered students together in the Nagel Commons on the Wilf Campus and urged them and “hundreds of our Talmidim to ‘hold on to every member of our family’ of Klal Yisroel [all of Israel]” as they processed the tragedy in Jersey City. Similar prayer sessions were held on the Israel Henry Beren Campus as well.

@rietsdean urges hundreds of our Talmidim to “hold on to every member of our family” of Klal Yisroel – processing the tragedy in Jersey City yesterday pic.twitter.com/eM7TKwpnY0

Rabbi Yonason Shippel, director of the James Striar School of General Jewish Studies, led a group of students from the JSS program on Dec. 17 to Jersey City to pay their respects. “We’re bringing safety. We’re bringing love and happiness,” said Rafael Minsky, speaking for his classmates.

On that same day, Dec. 17, the YU and New Jersey City University men’s basketball teams came together at the Max Stern Athletic Center on the Wilf Campus in a show of solidarity as the national anthems of the United States and Israel were played following a moment of silence in memory of the victims of the Jersey City shooting. 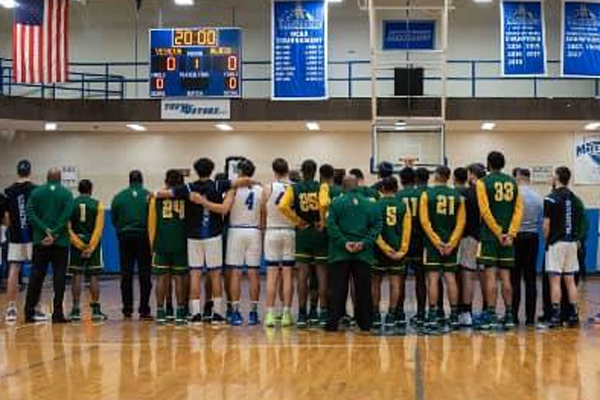 During the Chanukah Chagiga on Dec. 30 at the Israel Henry Beren Campus, students wrote “Letters of Hope” to the families of the victims of the attack. 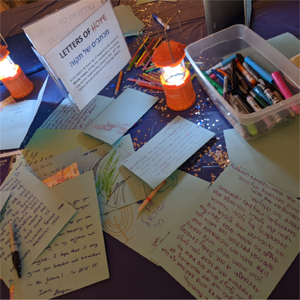 Dr. Debbie Akerman, adjunct professor of social work and associate director of the field/block program at Wurzweiler School of Social Work, penned an essay for the Times of Israel about how she, her husband, her 15-year-old son and a friend went to the memorial service for one of the victims and the remarkable demonstrations of love shown by everyone there as they worked to counteract the hatred shown to the community.

Wurzweiler also offered their students in the Sara Schenirer and Bein Hazmanim Block 3 programs an online conversation with Rabbi Dr. Sytner on Dec. 31, 2019. Rabbi Dr. Sytner, director of leadership and community development at the Center for the Jewish Future and a professor at Wurzweiler, discussed the “A Social Worker’s Response to Supporting Communities and Addressing the Anxiety Surrounding Anti-Semitic Attacks” and facilitated a question-and-answer session.