Wurzweiler in Israel Navigating Identity in a Digital Age

Daniel Pollack on Testifying About Abuse in the Context of Custody 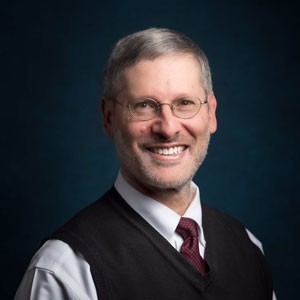 Daniel Pollack, professor at Wurzweiler School of Social Work, has co-authored “Children Testifying About Abuse in the Context of Custody” for the New York Law Journal ( February 21, 2020) with Toby Kleinman, a New Jersey attorney and partner at Adler & Kleinman.

Many attorneys are reluctant to ever consider allowing a child to testify in a matter. In this Family Law column, Toby Kleinman and Daniel Pollack discuss various considerations that factor into the decision.

Reflecting the dramatic shift in parenting and gender roles, the film was Kramer vs. Kramer. The year was 1979 and the big-name movie stars were Dustin Hoffman, Meryl Streep, Jane Alexander and Justin Henry. The plot was about divorce, custody, and the toll it took on their young son. We speak about divorce and custody more openly today, but there are still many aspects we either consciously or unconsciously avoid.

One of the most difficult questions an attorney can face during a divorce or post-divorce situation is dealing with the victimization of a child. When a child makes a disclosure of abuse by a parent it is most often the other parent who brings the issue to court. It is worth stating the obvious: It is the child’s disclosure of abuse, even though a parent is bringing the issue to court. For this reason, at some point in litigation, it may be appropriate for a child to testify. Remember, child testimony practices vary by state. New York’s law, Section 343.1, provides [Rules of evidence; testimony given by children]:

Therefore, an attorney should not assume a court will absolutely permit a child to testify. To do so may require the court’s permission. It is wise to first decide whether or not the child’s testimony would be helpful to the client’s case to protect the child.

Many attorneys are reluctant to ever consider allowing a child to testify for two principal reasons. First, they don’t want to be accused of putting the child in the middle of a disagreement between two parents. This is important to consider, but that concern needs to be balanced with the fact that if the child is abused by a parent, it is the parent who has caused the harm by abusing the child. Further, these cases engender attacks by the other parent regarding “Parent Alienation.” The reporting parent then risks losing custody of the child instead of protecting them. If there is a therapist involved with the child, the therapist, as a mandated reporter, must report the abuse, and should be prepared to write a report and testify to protect the child if necessary. But a child’s testimony may reinforce and enhance the therapist’s testimony.

The second reason attorneys hesitate to call child witnesses is that courts often seek evaluations of children. This allows a professional to give an opinion about whether a child was abused. If a quality examination is performed, it can possibly spare the child the need to testify. That said, there is a controversy about evaluator bias in actually protecting children.

There is nothing as compelling as hearing children of appropriate age tell their own story. This may be especially true in contrast to an evaluator who did not definitively find the child abused, and where the other parent denies the abuse and then attacks the partner as raising abuse as an attempt to alienate the child. Therefore, if the court knows an attorney plans to call a child as a witness it could stop the evaluation before it begins, which can remove some controversy, and may actually decrease litigation.

How does an attorney decide how to handle this kind of a situation? Tread carefully. There is no need to exacerbate any anxiety a child may already have and thereby cause further trauma. The American Professional Society on the Abuse of Children (APSAC) has guidelines for interviewing children. One way to be careful is to use their guidelines for interviewing as a template for conducting a direct testimony. An attorney can ask even the court to limit leading questions on cross examination.

In assessing a child’s credibility as a witness, consider these issues:

One of the concerns with any witness, including children, is that witnesses can become robotic when repeating their story. Consequently, children may be disbelieved because they use similar language in repeating their story, even when, in fact, they were abused. How an attorney questions a child and evokes emotion may be critical to credibility of the child witness.

If there is a court-appointed assessment, you may be entitled to get an additional assessment with an expert of your own choosing, but that strategy potentially pits a trusted court-appointed expert who the court may considers neutral against someone who may be considered partisan. A child’s testimony, on the other hand, will stand of its own accord.

Depending on their age, most children know that telling the truth is considered a good thing to do, and lying is frowned upon. A more subtle concept is to understand that, under certain circumstances, they are not just expected to tell the truth, they are obliged to tell the truth.

Sometimes experts accuse children of lying about abuse at the behest of the other parent. The attorney must find an alternate way to get the child’s disclosures before the court. That may be the opportune time to call even a very young child to the stand to tell their story. If the other parent objects to their own child’s testimony, the attorney can suggest to the court that the parent’s objection may stem from an ulterior motive.

The decision to allow a child to testify should be made between the attorney, parents, and possibly the child as well. It should not be made hastily. The key factor is the long-term best interest of the child.

Toby Kleinman, a New Jersey attorney and partner at Adler & Kleinman, has litigated domestic violence, child custody and abuse cases, and has been a consultant in cases dealing with domestic violence and child abuse in over 45 states. Daniel Pollack is a professor at the School of Social Work at Yeshiva University in New York. He has been an expert witness in more than 30 states. They can be reached at toby@adlerkleinman.com and dpollack@yu.edu, respectively.

This column is written for general informational purposes only and should not be construed as NY-specific legal advice.