Joseph Levin on the Growth of Intolerance and Hatred 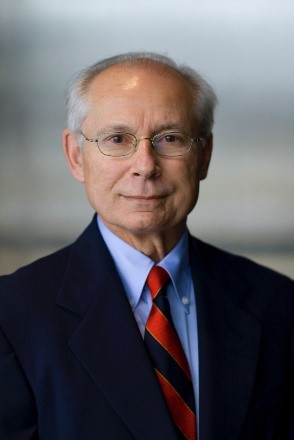 Social workers and others fighting in the trenches of today’s polarized society for decency and compassion had the uplifting pleasure of hearing Joseph Levin, co-founder of the Southern Poverty Law Center (SPLC), speak about his life story in a lecture on Feb. 21, 2020, titled “Addressing Anti-Semitism and Bigotry: An Open Dialogue.”

Dr. Danielle Wozniak, Dorothy and David I. Schachne Dean of the Wurzweiler School of Social Work, introduced Levin to the 200 people seated in the Leo and Julia Forchheimer Auditorium of the Center for Jewish History as a modern “superhero” for his spirited and principled fight against intolerance and bigotry both in the United States and around the world.

His talk ranged across the geographic and racial landscape of the United States, including his own racist and Jewish upbringing in the Jim Crow south, and detailed the change of the SPLC from doing solely litigation to a producer of anti-bias education, tracker of hate groups and advocate for the rights of those considered as “outsiders,” such as immigrants and LGBTQ+.

Under the current administration, he has seen “a white nationalism of international scope split the United States along racial lines and white identity. And there is more to come.”

How to combat this? His advice was both simple and hard: rebuild the inner soul so that it bends toward truth, compassion and justice “and not let the toxicity of intolerance and a growing climate of hate define who we are, how we live and what our nation can be.”

Listen to the lecture:

Listen to the Q&A: