Building Better Bridges to Our Veterans 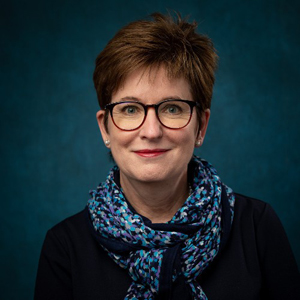 My father rarely talked about his experiences as a soldier in World War II. He only shared images, flashes of memory without context: marching in the winter through the Ardennes, shoving paper in thin-soled boots, passing frozen tortured bodies, seeing men commit suicide in front of his eyes.

With these flashbacks, my father tried to build a bridge between combat on the front lines and the small-town life he ultimately settled into. Crossing that bridge would enable him to tell us what had happened in Europe and perhaps even to make sense of it. But that never happened. His flashes ended as abruptly as they began and always with no sense of resolve.

When I see him in my mind’s eye, I imagine him as a 19-year-old in a dirty uniform, stuck on a battlefield, lost and alone, his experiences isolating him from those who loved him.

The struggle was not unique to my family. Military families have long confronted challenges of reintegration. Vets have struggled with the dissonance between military and civilian cultures, between what happened “over there” and the norms and values of U.S. civilian life. The result can be a sense of isolation, depression, alienation and, in my father’s case, intrusive flashbacks.

I knew other families in which war-time experiences were talked about, integrated into the rhythms of family life. I even asked my uncle why he could talk about his experiences and my father could not. He shrugged and said, “Maybe our experiences are just too different.”

The generations don’t change the challenge. I grew up eating dinner to the Vietnam War body counts. In black and white images on our small kitchen TV, soldiers lay face down in the mud; tallies of the dead were printed at the bottom of the screen.

“Who’s winning?” I would ask my dad. He would throw his napkin in his plate in disgust and leave the table. “How can anyone win a war,” he would say, “when wars are measured by how much is lost?”

While the soldiers on TV were anonymous, the war was not anonymous for us. I wrote to my brothers, one in the Army, another in the Navy. Fear for their safety and tension about whether we should be fighting this war mounted. It was with us at home. It was in my college town during anti-war protests. It greeted my brothers, and every other veteran of that war, when they returned.

If my brothers spoke about their military experiences, it was not to me, their younger sister. Instead, I overheard fragments told at family gatherings of military hubris and inefficiency, of intentional cruelties.

When I see my brothers in my mind’s eye, I see two men turning their back on something. But that something for me is a void. Time moved on; the nation moved on. They moved on. And war continued to exist in our family as isolated fragments and silence.

I heard about the fighting, the doubts, the fears, the boredom and the self-loathing—about driving jeeps and tanks through dusty streets and into hostile territories. I heard them as a member of a family whose military service spanned three generations. I also heard them as a social worker and educator hungry to understand the mental health needs of veterans.

By sharing their stories, they built bridges between the rhythms that govern civilian life and the rhythms and realities that govern the lives of men and women in deserts, in unfriendly terrains, in jungles, in vehicles heading toward battle.

That night with the Telling Project created a social space for a shared and empathic understanding of what military service meant to those who had served and meant to those who loved them. For a moment, we could be there with them, seeing and feeling with them, carrying the heavy, sometimes unbearable burden of their experience with them.

Tennessee Williams wrote, “Time is the longest distance between two places.” Perhaps this is what many vets hope for and count on when they come home. But time that creates distance also creates chasms through lonely, isolating silence.

Perhaps this year, as we look to another Veterans Day, we intentionally look for ways to create space for the stories that need to be told. It is in the telling and the hearing that we deliberately create bridges between moments of pain and the present. That is how we build a lexicon for healing. If we are capable of stitching those moments of healing together, we create a new story of transformation and change.