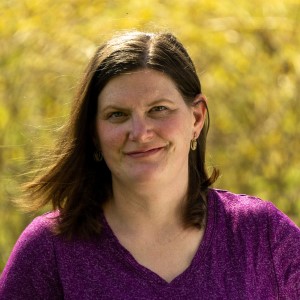 Here is the abstract:

Although voting is a fundamental mechanism through which Americans engage with their democracy, social workers often do not see it as a valid component of practice. Voting is an important source of political power and provides a means to ensure equitable representation. Educating social work students on how they can encourage voter engagement within practice is an important step to rectifying this missed opportunity. This article describes the implementation of a voter engagement model in social work education. Pre- and post-tests from 475 participants demonstrate the efficacy of this model in increasing social work students’ perceived importance of voting to their practice, their likelihood of voting in future elections, and their likelihood of engaging others in voting in future elections.

A healthy democracy is predicated on an informed and involved citizenry. Within representative democracies, such as the United States, voting is one of the most important tools citizens possess to influence public policies. Through the vote, citizens not only express their candidate and issue preferences, but also indicate their attentiveness to policy makers and their decisions (Organization for Economic and Community Development, 2011). Specifically, voting serves as a proxy for public interest in and attentiveness to policy choices. Political science research shows that elected representatives reward voters with both favorable policy decisions as well as allocations of resources (Flaven, 2017; Martin, 2003). Therefore, disparities in voter turnout result in disparities in representation of interests and allotment of resources. Communities or groups of people who have lower voting rates will experience fewer benefits emanating from public policy.

Disparities in representation are particularly concerning given the disparities in turnout based on race, socioeconomic class, and education. Those who are not registered to vote tend to be people of color, younger, less educated, and have a family income below the poverty line; conversely, voters tend to be White, older, and have higher education levels and greater wealth (Pew Research Center, 2018; Rolfe, 2012). Further, efforts to suppress voting disproportionately target these groups (Piven, 2011). Given that political campaigns typically only target likely voters, communities with lower voter turnout remain alienated from political conversations (Piven & Cloward, 2000; Rolfe, 2012; Verba et al., 1995). Social workers can play a pivotal role in reversing the disengagement of and barriers experienced by underrepresented populations in voting. Social workers have an ethical obligation to facilitate the informed political participation of the communities with whom they work (National Association of Social Workers [NASW], 2017). Furthermore, through their work with clients, social workers are well-positioned to help reduce voting disparities in marginalized and historically oppressed communities.