How Israel Managed to Attract Funding to Build its Economy

Each year, The Doris and Dr. Ira Kukin Entrepreneurial and Executive Lecture Series invites a roster of business leaders, entrepreneurs, trailblazers and innovators to visit the Sy Syms School of Business where students have the chance to hear from and dialogue with some of today’s influential leaders. 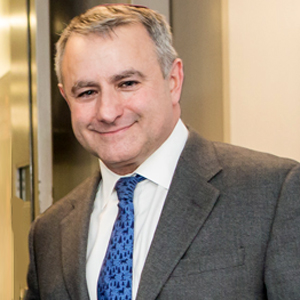 On March 27, 2019, Len Rosen, CEO of Barclays Israel (and brother of J. Philip Rosen, a member of the YU Board of Trustees), spoke to Sy Syms honors students about what it has taken to find the funding that has allowed Israel to become the “Start-Up Nation.”

In the 1960s, he explained, Israel was considered an economic backwater for investors, but as the economy strengthened and diversified, becoming what Rosen called “a foreign-trade-driven, knowledge-based, tech-oriented economy,” it began to attract more interest until, today, Israeli ingenuity and innovation have made Israel “shine on the global stage” and become an economic powerhouse on stock exchanges like the NASDAQ and NYSE.

The elements that contributed to this came from the role of the Israel Defense Force as a tech driver, government funding for incubator projects (such as building a financial tech ecosystem), the vigorous promotion of artificial intelligence in all its forms, a strong run of mergers and acquisitions in the billions of dollars (such as Pepsico buying out SodaStream) and, perhaps most importantly, overcoming a stereotype of the past that Israelis can innovate but cannot scale their creations to reach suitable levels of profit: there have been 55 initial public offerings of Israel companies since 1995, and 90 Israeli companies are included in the NASDAQ and NYSE, more than most countries.

All of this had led to 16 years of uninterrupted growth, concluded Rosen, even given the global downturn in 2008. The growth seems poised to continue, now that Israel has discovered energy reserves off its coast that promise to make it possible to fill almost all energy needs from Israeli sources.

Rosen concluded his talk by saying that for the last 13 years, he has been proud to be part of the “economic Zionism” that has given Israel, a land of few natural resources except for the ingenuity and drive of its people, a leading position in the world.